IFComp 2021 review: The Spirit Within Us by Alessandro Ielo

The Spirit Within Us is a parser-driven thriller with crime and mystery elements that opens with the injured and bleeding PC waking up in a bedroom. Amnesia-game-fearers need not fear per se; the amnesia is well justified and quickly overcome. The whole game plays out around this house setting in what feels like real time, and ultimately with an emphasis on realistic action. 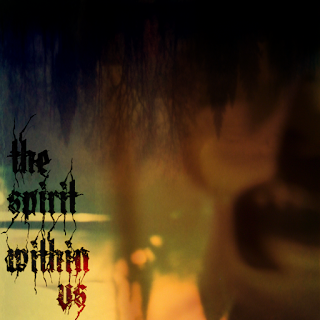 The author describes Spirit as psychological, but I found the prose too sparse and some of the content too vague for it to succeed at that level. It is evident English isn't the author's primary language and its use here is functional. The section of the game based in the house presents as an almost default set of IF content: a bunch of rooms, doors, fiddly doors, openable things and plain objects from daily life — sinks, toilets, boxes, etc. If it weren't for the timed interjections of the PC's returning memories and the few interesting book props, this phase could be a boredom challenge for the player.

The author wrote the game and its parser from the ground up using C. While that parser effects the basics, the game's needs have definitely outgrown it. My transcript shows I once entered seventeen commands trying to eat a pill from a packet of vitamins before I succeeded, and twenty-three trying to execute the last action required by the game. What to do was obvious, but I had to consult the walkthrough to get the right phrasing.

The story that is revealed and the violent situation that grows out of it in light of the player's explorations and recollections are more compelling on paper than in the game. They're particularly filmic, as well. I've seen a lot of thriller and horror films make good use of the "waking up in a messy and potentially violent situation" scenario when they're also withholding some information from the viewer. Spirit is in this terrain, but unfortunately doesn't have the prose detail to sell it.

There's also a health timer element for the PC that induced a bit of unintentional amusement for me. The PC starts losing hit points from his injuries as soon as the game starts, and the player has to keep finding enough food and supplies to keep them up until the end. This mechanic does seem to be well balanced in terms of raising player stress levels while not being too savage under the hood. I finished the game without dying on my first play, and with plenty of health left, and this only took me about twenty-five minutes. (I acknowledge that geographically, I had good luck during my playthrough. After I'd made the whole map in my head, I could tell I'd fluked the ideal direction to explore in on a couple of occasions.) But the amount of time I'd spent rummaging around for food – fruits from gardens, leftovers from kitchens et al. – seemed to be too great a portion of the game experience. It's the major mechanical feature atop the find-and-use puzzles and some semi-randomised combat.

From the epilogue, I learned that the author's stated intention was to create a game with some moral challenge/choice. But again, the psychological content wasn't evident enough during play to make it clear I was making any moral path choices, at least in terms of my choosing them against apparent alternatives. If an action seems the obvious one needed in a game, I will take it. I don't come to these games to test my own morality, and I know this a difference between me as a player type and some other player types out there. Certainly the ending text I received was of the kind to indicate what the other endings might be compared to the one I got, but I'm not interested in replaying to see them.

I like the kind of story and situation this game presents, but its sparseness of writing and implementation mean the story doesn't really land, or with the right impact. The game's title is also too vague, in retrospect. I'd still say Spirit may be of interest to players who like a game with a bit of contemporary grit. And its mystery remains a little abstract, which is to say, I have questions about the backstory and I'm not sure whether I'm supposed to. This situation could just be due to the limitations of the prose. Even if it is, the particular degree of vagueness where the details have ended up is not a bad one.