Leadlight and a new OS for the Apple II

John Brooks, best known in Apple circles for programming the amazing Apple IIGS version of fantasy platformer Rastan in 1990, recently released an unnofficial update to ProDOS 8, the OS used by 8-bit Apple II computers. The last official version was 2.0.3, released by Apple in 1993, so that's 23 years between lunches. Brooks's 2.0.4 release includes improvements for almost the whole range of Apple IIs, both the 8-bit ones and the 16-bit Apple IIGS.

When I programmed Leadlight back in 2009–2010, I had to assess what the minimum hardware requirement for it would be. The game uses ProDOS 2.0.3 and lowercase characters, so I stated that the minimum would be an enhanced Apple IIe. Now the game could potentially run on older machines under ProDOS 2.0.4, so long as they've been upgraded to 64KB of RAM and have 80-column cards in them (giving lowercase capability).

I don't think I'll be racing to implement this possible OS change. Leadlight is at a very stable place now and content-synced between the Apple II and Inform versions, but there is a glimmer of appeal in the idea of tweaking it to try to get it to work on even more limited hardware without taking anything out of it.

* You can buy Leadlight Gamma for modern devices or get the original Apple II version for free at http://heiresssoftware.com/leadlightgamma/ 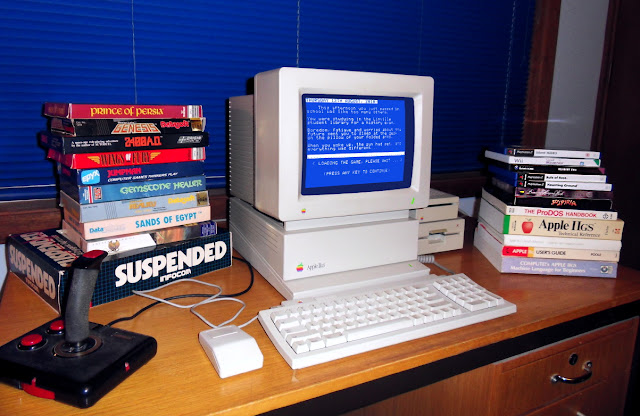